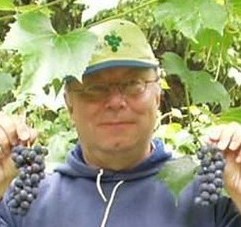 The climate is changing, and crops along with it. The grapevine has been a horticultural plant in Finland for nearly 250 years, and it is becoming one of Finland’s new agricultural crops in the coming decades.

A common factor in the successful raising of grapevines, potatoes and bananas is that one first needs to learn about them. Finns already know how to grow potatoes, and there is still no need to learn how to grow bananas, but it is
becoming ever more relevant from year to year to gain knowledge on raising grapevines.

The best way to learn is through mistakes, but these can be avoided by studying the ample available research on Nordic viticulture.

Aino is Finland’s first grape wine to be marketed. It has been pro-duced since 2007 from grapes grown by Juha and Anna-Liisa Karvonen in Tuusula. Alcohol content 12vol%